47 is seen in Bourne Market Place in August 1994 on one of her many return visits to Bourne        Photo: Delaine Heritage Trust Collection

The only Leyland Tiger Cub Chassis to be bodied by Yeates of Loughborough. Withdrawn in August 1969 and sold to Vagg of Knockin Heath, Shropshire. Having been withdrawn by Vagg's in 1974-5 and stored, following their insolvency, 47 was rescued in December 1982 by Delaine just days away from being broken up. After being towed back to Bourne, 47 was donated to the Leicestershire Museum of Technology in 1984. The extensive restoration into original Delaine livery was completed in 1988. In 2018, 47 become part of the Delaine Heritage Fleet on long term loan from the Leicester Arts & Museum Service.

Seen here in All Saints Street, Stamford turning into the Bus Station with a service from either Bourne or Market Deeping.     Photo: RF Mack

See here in Bourne Market Place which at that time was the terminus point for all services in the Town. In her latter years with Delaine, 47 was painted in this revised livery with a significant reduction in the cream relief.      Photo: Delaine Heritage Trust Collection 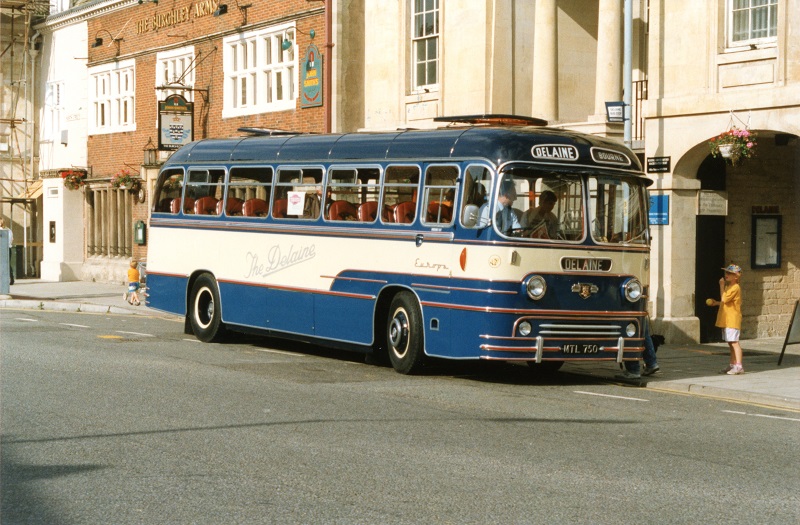 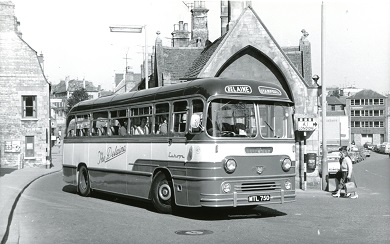 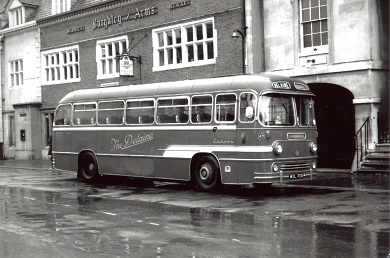